SBU seizes ammunitions of Russian origin in the ATO area

The law-enforcers detected two PMN-2 anti-personal mines of soviet manufacture in the suburb of Troitske (Luhansk region). In accordance with the Ottawa Treaty, that is the “Convention on the prohibition of the use, stockpiling, production and transfer of anti-personnel mines and on their destruction”, these ammunitions are prohibited for usage in military conflicts. Contrary to Ukraine, the Russia rejected to sign this document. According to the special service the mines are delivered to the militants of the so-called “LPR” from the territory of Russia. 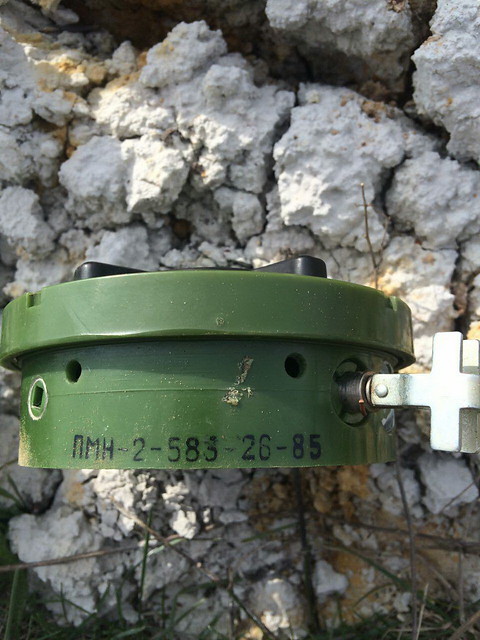 The SBU operatives seized RGO grenade with fuse in the area of Krasnohorivka (Donetsk region). According to expert’s conclusion it was manufactured in Russia in 1995.

The correspondent procedurals are under way.