Kharkiv region – The SBU detained the militant of the so-called DNR, who had to carry out a number of terrorist acts and acts of sabotage.

At the beginning of 2014, 27-year-old local resident participated in take-over of Kharkiv Regional State Administration and also in abuse of public-spirited activists. In April, 2014, he went to Sloviansk, where voluntarily joined the illegal armed formation, controlled by terrorist Hirkin. During 2014-2016 the malefactor as member of “Sparta” criminal group took part in combat operations against Ukrainian units. 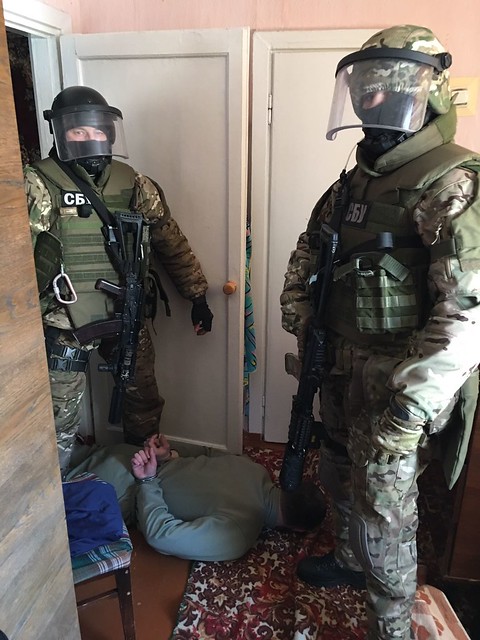 Through Russia the terrorist came to Kharkiv region from the temporarily occupied territories. According to the task of his leaders, he had to blow up railway lines in the direction of Donetsk region and also strategically important facilities of fuel and energy complex.

January 30, in the village Donets, Balakliiskyi district the SBU officers involving soldiers of Special Operations Center “A” detained the saboteur. The law-enforcers confiscated from the malefactor 1.2 kg of TNT, almost 0.5 kg of plastid, 2 RGN hand fragmentation grenades, means of initiating the explosion, cartographic and photo materials with marked facilities for carrying out terrorist acts.

The detainee was notified of suspicion of committing a crime under Part 1 Article 263 of the Criminal Code of Ukraine and custody was enforced as a measure of restraint for him. The issue of additional qualification for his actions under Part 2 Article 260 (participation in the operations of armed formations in contravention of Ukrainian laws) and Part 1 Article 110 (Trespass against territorial integrity and inviolability of Ukraine) of the Criminal Code of Ukraine is being discussed.

The investigation is under way.