The SBU officers together with Prosecutor’s Office stopped the mechanism of money extraction to offshore companies by Odesa businessmen.

The law enforcers established that local businessman had extracted money of importer companies through a series of registered offshore companies. By artificial activity he had laundered around million dollars monthly.

The officers of the service arrested the perpetrator while he was receiving cash from another “client”. During searches it was seized 2.7 million UAH in different currencies, office hardware, requisite, stamps of foreign banks and offshore companies, as well as payment documents, that confirm financial fraud. 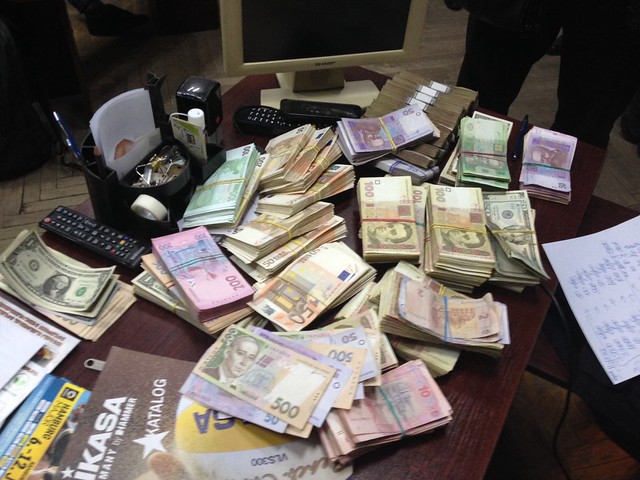 Criminal case under article 209 of the Criminal Code of Ukraine was opened.