In Ukraine’s northern regions, the SSU has carried out a large-scale special operation to block interregional criminal groups coordinated by ‘thieves in law’ from Russia. The criminals operated in correctional colonies in Rivne and Lutsk.

According to the investigation, the perpetrators in Rivne were led by a crime lord serving a sentence in a local penal colony. He was convicted for crimes related to murder and grievous bodily harm. In criminal circles, the gangster was considered a ‘watchdog’ for this special institution.

The individual set up a criminal organization in the penitentiary with a rigid hierarchy to supply and sell drugs to prisoners. It included both convicts and residents of Rivne, Volyn, Kyiv and Donetsk regions.

The ‘leader’ introduced and strictly controlled the filling of the ‘common fund’ with money from the sale of drugs, gambling, other illegal activities, as well as from the supply of tobacco products and food to the territory of the institution. He sent part of the proceeds to ‘thieves in law’ in Russia.

The accomplices of the criminals at large packed and disguised drugs in food and sent parcels to the colony. Another way of supplying drugs was throwing packages of ‘goods’ over the protective structures around the colony.

The law enforcement documented 13 facts of criminal activity by the group. During the searches at the penitentiary institution and at the homes of other targets of investigation, the SSU seized drugs, draft accounting records, cash, communication devices and other evidence of criminal activity.

Based on the evidence collected, the organizer and seven of his accomplices were notified of suspicion of crimes under:

Article 255.2 and 255.5 (creation, management of a criminal community or criminal organization, as well as participation in it);

In Volyn, the law enforcement established that two convicts, who consider themselves crime bosses, organized a group of ‘like-minded’ individuals. It consisted of six prisoners and three members at large.

The group established a channel of supply and distribution of psychotropic substances in the colony.

The law enforcement conducted seven searches at the penitentiary institution and homes of the accomplices at large.

The items seized during searches:

Within the relevant criminal proceedings, the perpetrators were notified of suspicion of crimes under Article 307.3 of the CCU (illegal production, manufacture, purchase, storage, transportation, shipment or sale of narcotic drugs, psychotropic substances or their analogues, committed by a group and in especially large amounts). 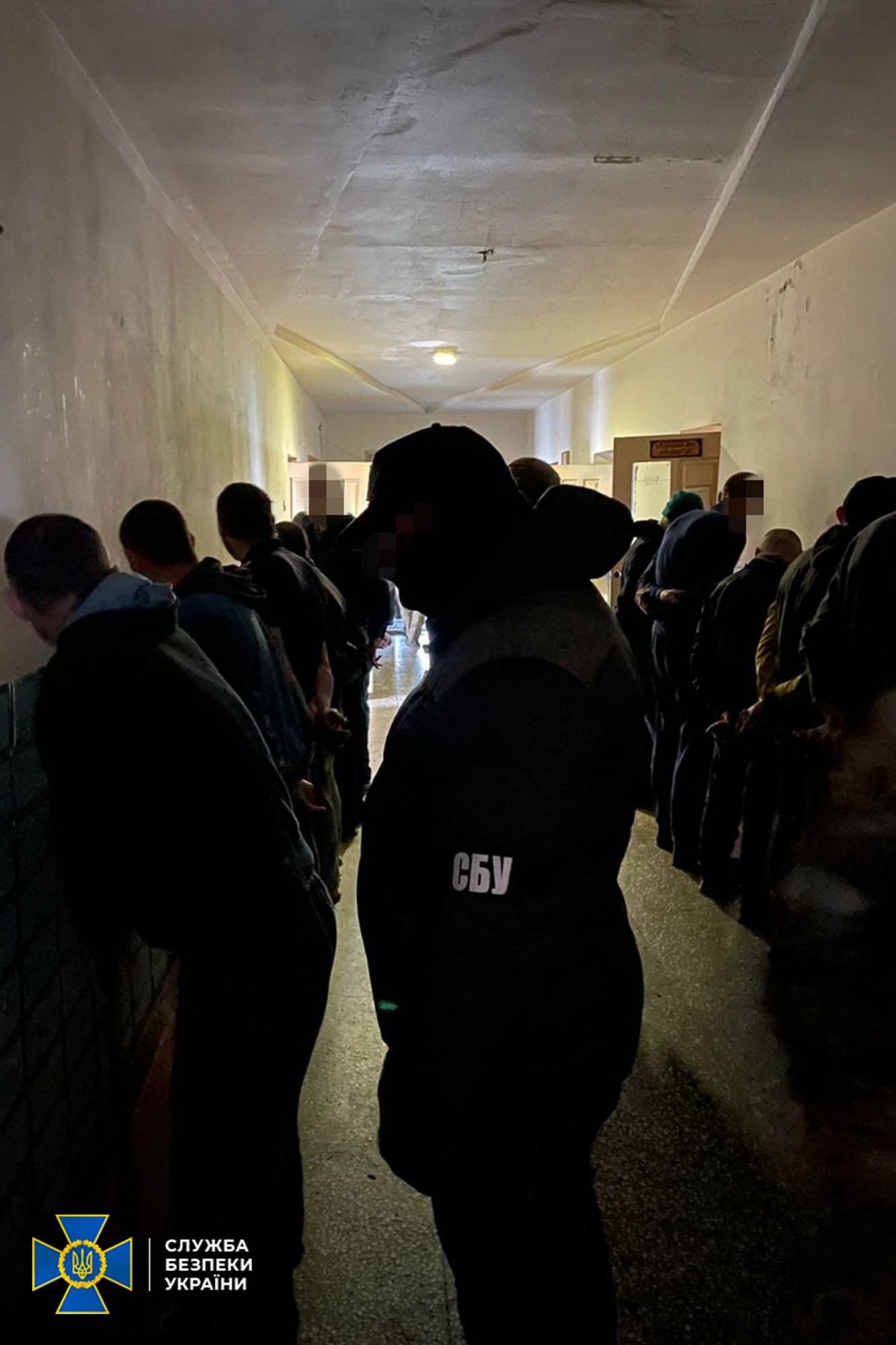