The SBU served a notice of suspicion to a Russian propagandist Anatolii Sharii. Allegedly, he conducted subversive activity against Ukraine in the information sphere. There is reason to believe that Anatolii Sharii acted on behalf of foreign security services.

The notice of suspicion was served under supervision of Kyiv City Prosecutor's Office within the criminal proceedings upon the facts of treason and violation of equality of citizens depending on their race, nationality, religious beliefs, disability and other grounds. In particular, the offender incited national, racial or religious hatred, humiliation of national honor and dignity etc.

The experts established that the interviews and speeches of Sharii have evidence of his subversive activities against Ukraine.

In particular, the propagandist discredited the state policy of Ukraine, deliberately and purposefully disseminated manipulative, distorted information about government initiatives and events in the East. The goal was to aggravate and destabilize the socio-political and socio-economic situation, inciting interethnic and interfaith conflicts.

The investigation also took into account repeated statements and appeals of citizens and organizations regarding possible anti-Ukrainian activities of the blogger on the basis of materials disseminated by him on the Internet and speeches in the Russian media.

The investigation is ongoing, all the circumstances of the crime are being documented. Other persons who contributed to or may be involved in the systematic illegal activities of Sharii are being identified. 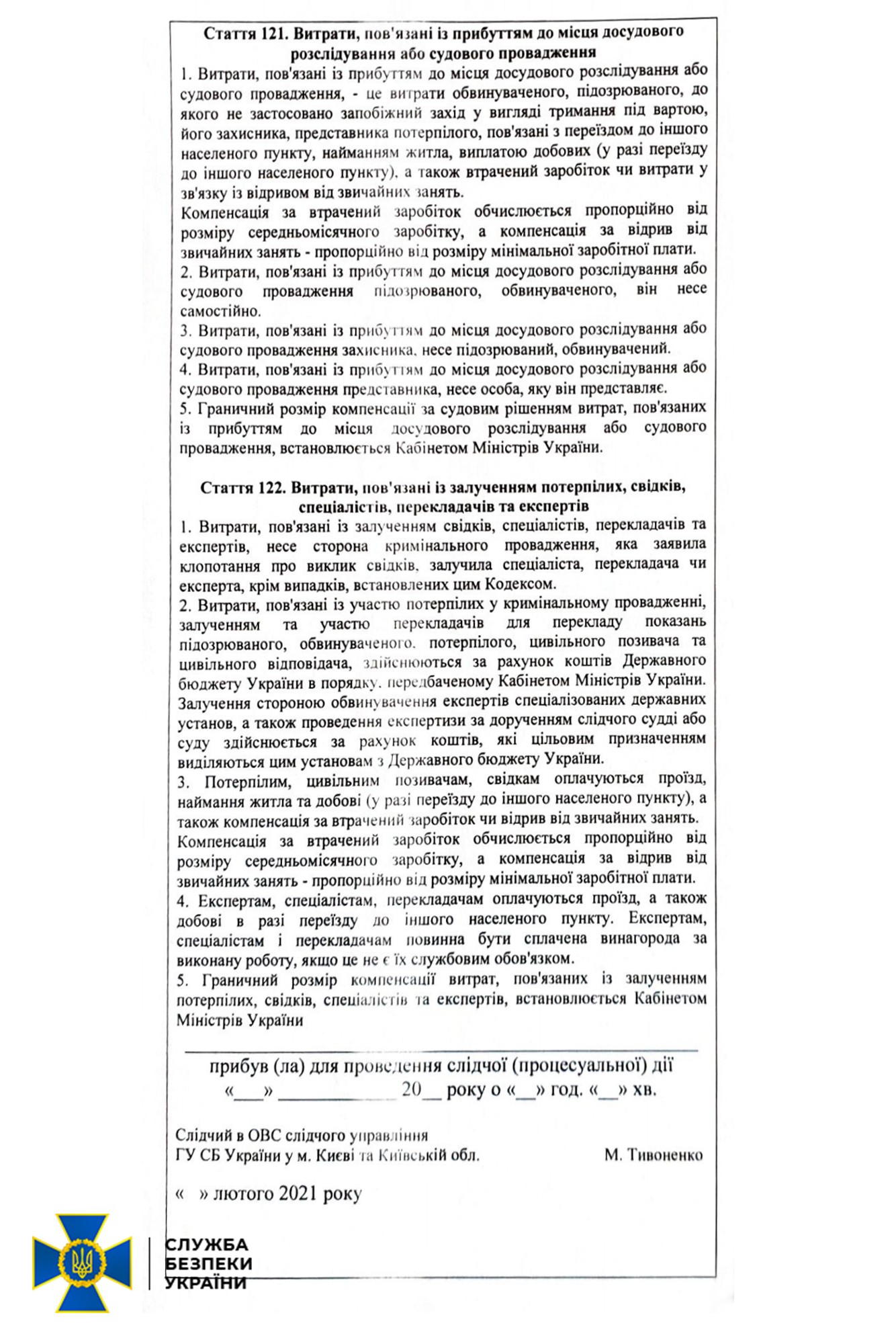 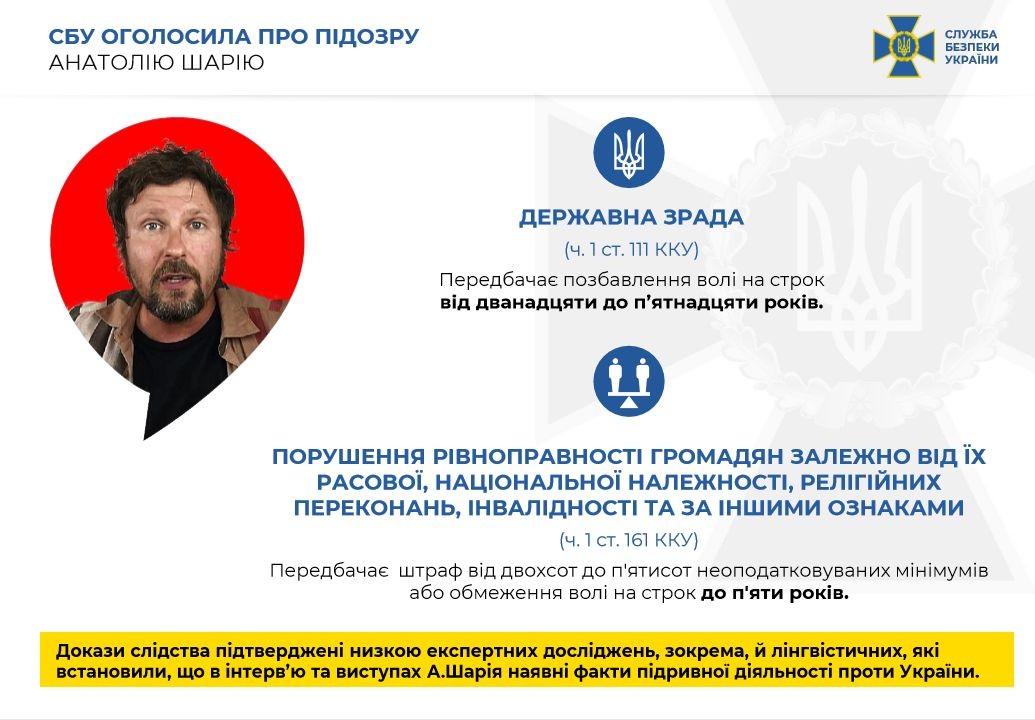