The SSU has exposed a scheme of unlawful enrichment at Kyiv City Children’s Diagnostic Center.

According to preliminary information, the offenders were extorting money from the employees of the Center. They involved the director and over 10 medics in illegal activity.

Each week, the staff were obliged to pay interest on:

According to investigation, the scheme was operating during 8 months.

The law enforcement detained the director of Kyiv City Children’s Diagnostic Center after she received another weekly payment from a subordinate in the amount of UAH 30,000 (USD 1,050).

In an episode documented earlier, she received UAH 24,000 (USD 850) for not dismissing an employee on trumped-up grounds.

The searches at the offices and homes of the perpetrators led to the seizure of:

The director and a doctor of the diagnostic center, ex-advisor to the head of Kyiv City State Administration on self-government powers and former Deputy Minister of Social Policy of Ukraine on European Integration have been notified of suspicion of crimes under Article 368.3 (bribery) and Article 362.3 (unauthorized actions with data on computers, in automated systems and networks, committed by a person entitled to access to such information) of the CCU. The court is to decide on the measures of restraint.

Investigation is underway to identify all those involved in the scheme.

The SSU carried out the operation together with the National Police investigators under the supervision of Shevchenkivskyi District Prosecutor’s Office. 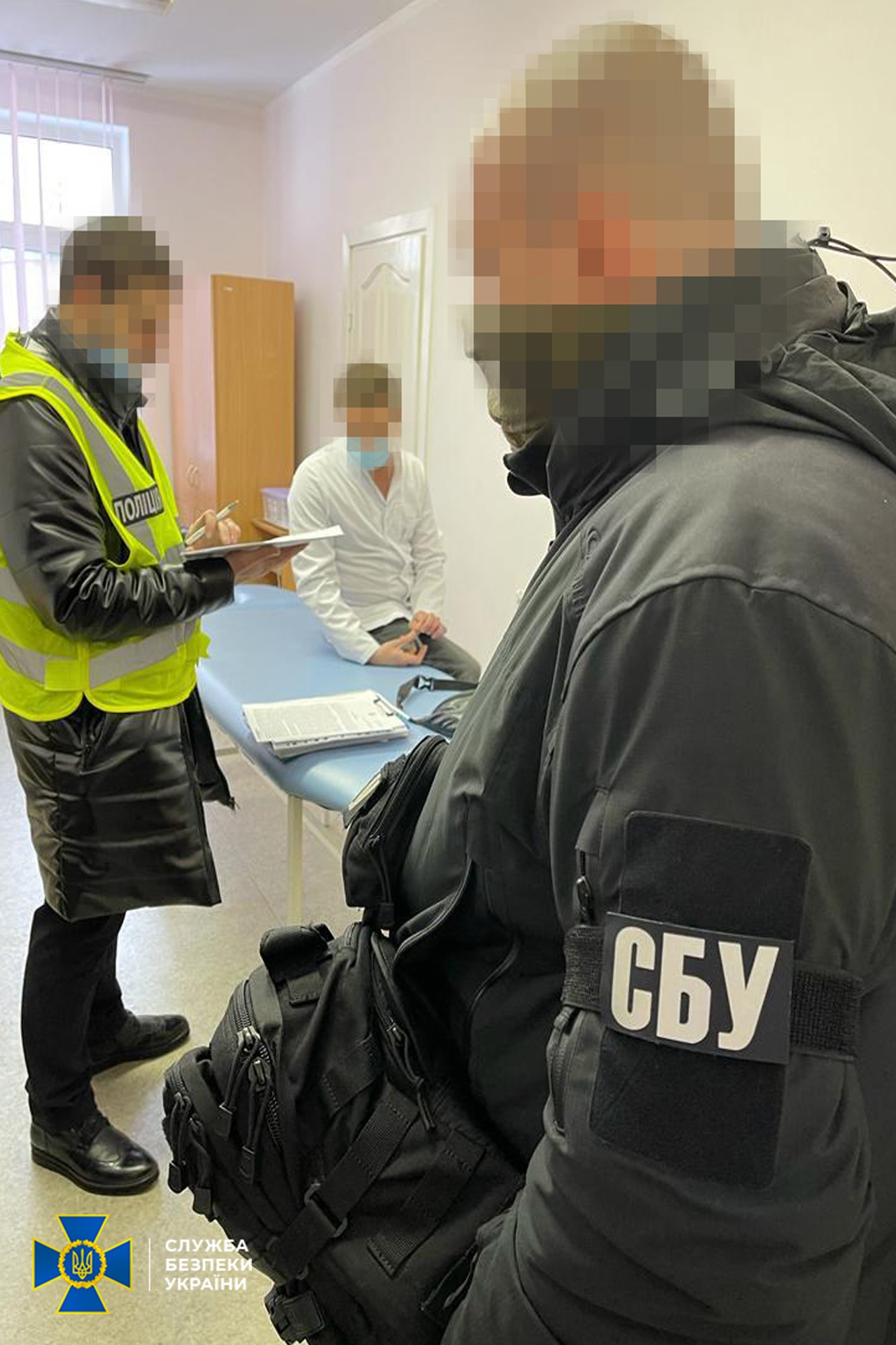