SSU neutralizes over 2,000 cyber attacks on government resources in 2021

The SSU is ensuring an integrated response to the threats of information and subversive activity against Ukraine’s state security. Over 2,000 cyber attacks on government electronic resources and strategic critical infrastructure were contained over the last year.

Following the SSU investigations, 80 perpetrators have been brought to justice, 26 of them have been sentenced to various terms of imprisonment.

In addition, the SSU operations have resulted in exposing dozens of Russian Internet agent networks. Instructed by their handlers, they carried out information subversions.

Over 30 individuals have been notified of suspicion of crimes against Ukraine’s state security; upon 40 facts of committed offences - the courts have convicted the accused.

During this period, the SSU blocked a powerful cyber attack on Ukrainian government resources. The identities of perpetrators have been established. They were members of the Armageddon hacker group controlled by the Russian FSB. So far, eight of them have been notified of suspicion of treason.

Another multi-stage special operation of the Service has resulted in dismantling a transnational hacker group that infected over 150 computer networks of domestic and foreign companies with Egregor virus. The losses caused by the group are estimated to be over USD 80 mln.

In addition, the SSU stopped the special operation of the Russian military intelligence to disseminate fake messages about the alleged ‘conscription campaign and mobilization of minors’ in Ukraine.

Over 20 enemy bot farms with a total capacity of 150,000 accounts were shut down. The farms spread destructive content to destabilize the situation in Ukraine.

Another documented fact of subversive activity is the dissemination of disinformation about the situation with COVID-19.

In 2021, the SSU also dismantled a criminal scheme of issuing seafarers’ permits. The estimated amount of illicit proceeds is over USD 150 mln.

Additionally, the SSU prevented large-scale misappropriation of public funds in the purchase of laptops for Ukrainian schools. The operation resulted in exposing the organizer of the kickback scheme and prevented budget losses of UAH 140 million (USD 4.9 mln).

The SSU is acting upon the uncovered facts of unlawful activity to identify and bring to justice all individuals involved. 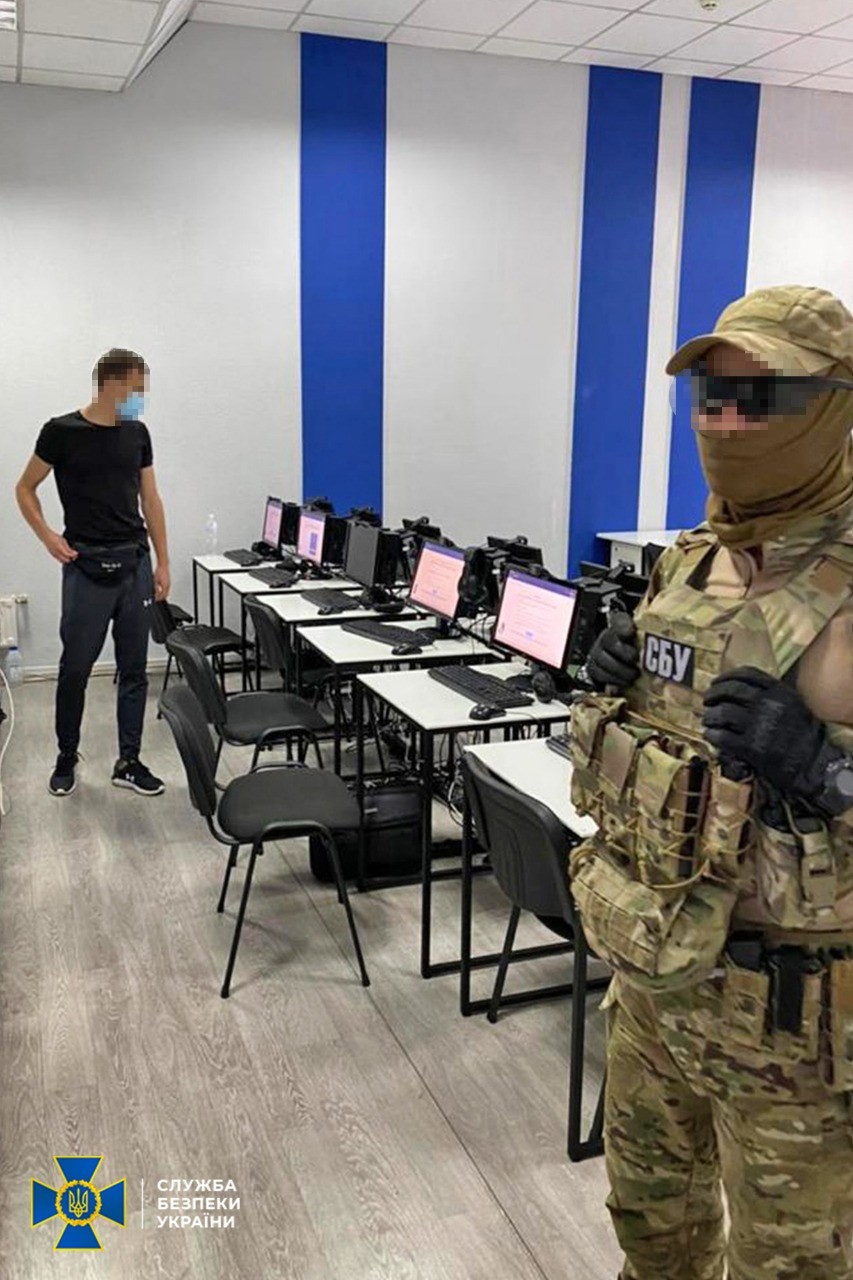