SBU CI Department officers detained in the area of the Joint Forces Operation a former militant of illegal armed groups of the “DNR” terrorist organization, who for 6 years had been put on the national wanted list.

The operatives of the special service found that the resident of Sloviansk voluntarily jointed so-called “Sloviansk People's Militia brigade of DNR". There he held a “post" of the deputy commander of one of the platoons of terrorists. It is known, that as part of the “Taifun" armed formation, the militant countered the ATO forces in the territory of Donetsk and Luhansk regions. In particular, the attacker took an active part in the combat operations near Shakhtarsk, Opytne, Spartak and Novoazavsk of Donetsk region.

In 2016 a militant left terrorist ranks and went to Russia to work.

As a result of the SBU special operation the offender was detained in accordance with Art. 208 of the Criminal Procedure Code of Ukraine at the “Milove” customs checkpoint.

The investigative actions are under way within the framework of the criminal proceeding.

Currently, the detainee gives evidence of his participation as part of the terrorist organization.

The detention was carried out jointly by the National Police and the State Border Guard Service officials. 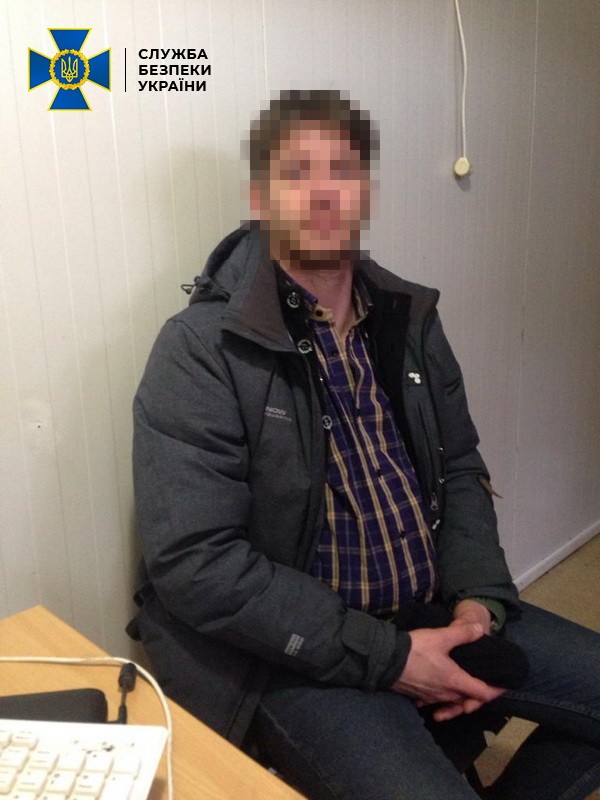