SBU CI Department blocked the supply of ineffective components for the state-owned enterprise "Kharkiv Armored Plant", which is engaged in repair and maintenance of military equipment for the needs of the Ukrainian army.

Operatives of the special service found that in the summer of 2019, within the framework of the state defense order, a commercial firm from Zaporizzhya region delivered transmissions for T-64 and T-80 tanks. According to the terms of the contract, the state had to pay almost UAH 2.5 million for components.

Simultaneously, according to the conclusions of Kharkiv Scientific Research Institute of Forensic expertise, delivered components are mulfanctioning. It was established that instead of sending new components the dealers carried out “minor repairs" of tank components, which have already been in use. In particular, the attackers repunched serial numbers, coloured and tried to present it like new products.

Within initiated criminal proceedings law enforcement officers conducted a number of searches at the places of repair and storage of non-conforming components, as well as in the places of residence of involved persons in Kharkiv, Melitopol and Nikopol. During the investigative actions the counterfeit spare parts for armored vehicles, equipment for falsification of serial numbers, accounting documents, seals and other materials proving illegal deals were seized.

The director of the commercial enterprise was served a notice of suspicion of committing a crime under Part 2 Art. Art. 15 and Part 5 Art. 191 of the Criminal Code of Ukraine. The investigations are ongoing. Due to timely actions of the SBU, the contract performance was suspended, the transfer of public funds didn’t take place. The operation was conducted jointly with the Main Directorate of the National Police in Kharkiv region investigators under the procedural supervision of the regional Prosecutor's Office. 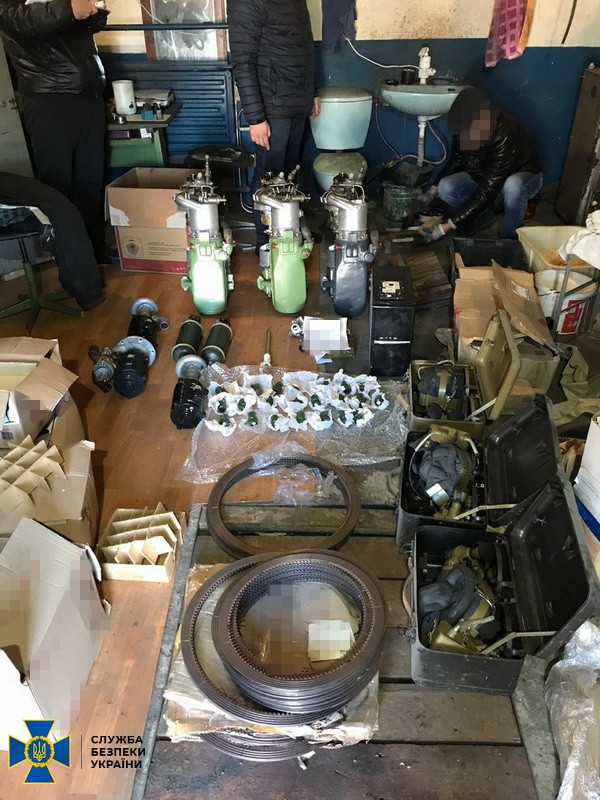