The Security Service of Ukraine has blocked a network of clandestine cryptocurrency exchanges in Kyiv. The monthly turnover of the network was up to USD 1.1 m. (UAH 30 m.). The network received five to ten percent interest from each transaction for the services. Part of the money was used to finance provocations on the Independence Day of Ukraine.

According to SBU, the clandestine cryptocurrency exchanges were in demand because they provided anonymity of transactions and possibility of money laundering.

The services of these online exchangers were mostly used by individuals. In particular, they were used by persons who received funds from e-wallets of the aggressor country banned in Ukraine, for example, "Yandex.Money", "Qiwi", "Webmoney", etc.

Among the clients of cryptocurrency exchanges network were organizers of mass protests on the eve of the Independence Day of Ukraine. They received money to pay for the services of provocateurs using this particular network.

The network has been operating since the beginning of 2021. More than 1.000 clients used its services.

During the searches of the clandestine offices in Pecherskyi, Shevchenkivskyi and Solomianskyi districts of Kyiv, the law enforcement officers seized:

The investigation is ongoing to prosecute those involved in money laundering and illegal actions in respect of remittance documents, payment cards and other means providing access to bank accounts, and equipment for their production.

The operation was carried out by the SBU Main Directorate in Kyiv and Kyiv region.

To remind, following the investigations of the SBU Main Directorate in Kyiv and Kyiv, three organizers of similar schemes were served notices of suspicion since the beginning of the year. The indictments are filed to court. 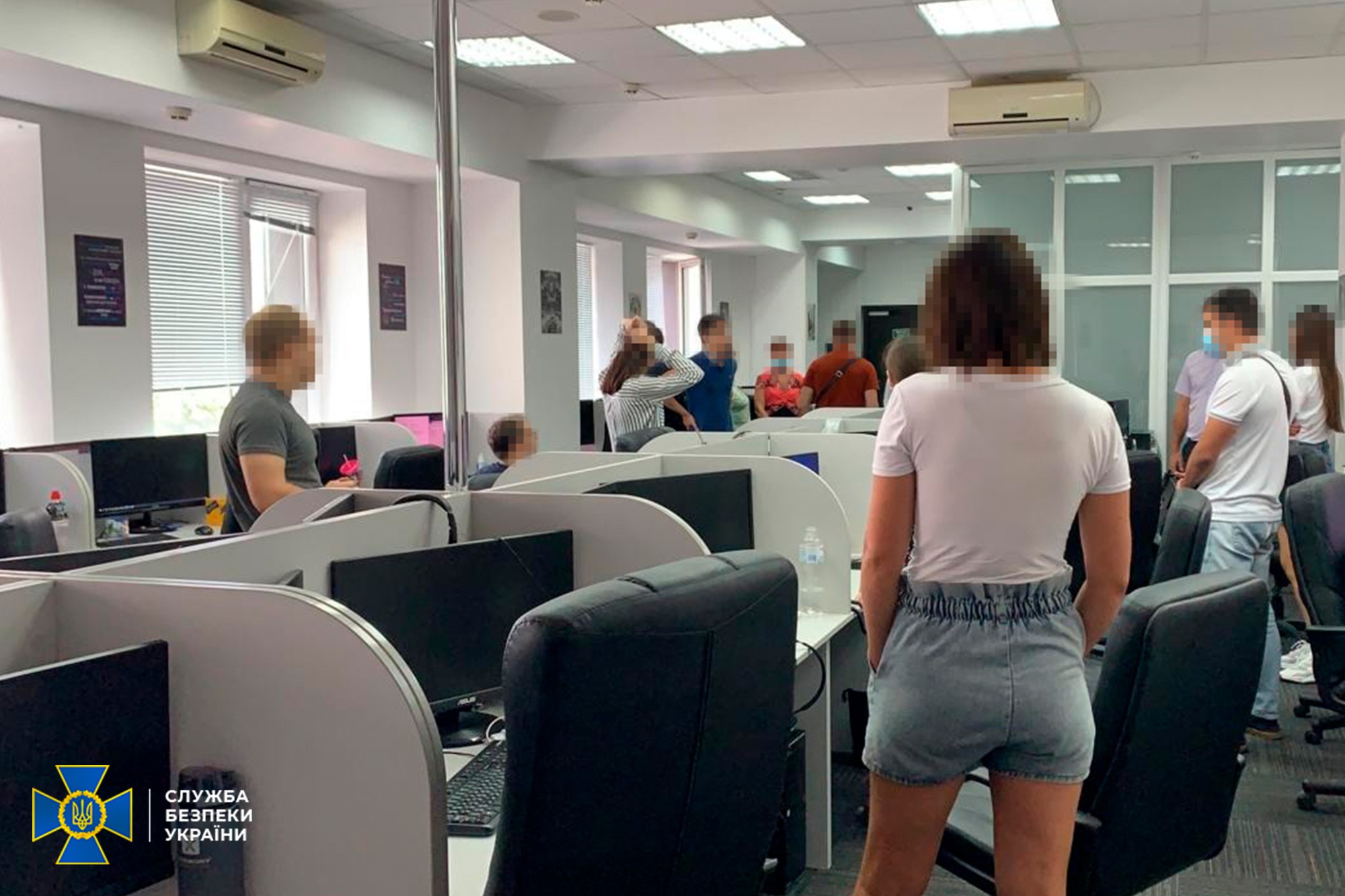