Since the beginning of russia’s full-scale aggression, the SSU has neutralized over 1,000 hacker attacks and cyber incidents carried out by the occupiers against the IT systems of strategically important facilities in Ukraine.

Almost 1,500 russian Internet resources, which the enemy used to carry out information sabotage and spread kremlin’s propaganda, have been blocked.

As a result of one of the recent special operations in Kyiv, the SSU dismantled a criminal group that gathered data on defence enterprises and specialized institutions in the field of communications and information protection. They sold obtained information through the anonymous internet platform darknet.

The criminal group included an employee of the State Tax Service who had access to restricted databases of Ukrainian enterprises.

They offered their ‘services’ at thematic forums of the anonymous network for various amounts of cryptocurrency.

The SSU identified and neutralized russian agents, who collected intelligence on defence positions of Ukrainian Armed Forces and Territorial Defence. They also passed information to the aggressor on social and political situation in the capital and in the region (including on pro-Ukrainian figures in culture and media).

The agents used messenger apps to communicate and pass intelligence to their supervisors from moscow.

The activity of enemy agents was coordinated by a headmistress of one of Kyiv schools. In case of capture of the capital, the invaders promised her the position of ‘Minister of Education’ in the occupation administration.

However, the SSU exposed the network and detained its coordinator.

The case file has been sent to the court. The traitor faces up to 15 years in prison or life imprisonment.

The SSU detained an artillery observer who adjusted missile strikes. The individual collected coordinates of the movement of equipment and stationing of Ukrainian Armed Forces near Bakhmut.

The detainee is a repeat offender convicted of serious crimes three times. He planned to pass the obtained geolocations via messenger to an account registered to a russian mobile number.

The law enforcement detained him during an attempt to take photos and videos of one of Ukrainian military facilities.

Following an investigation by the SSU, a propagandist of the terrorist organization DNR has been notified of suspicion. The traitor publicly supported russia’s full-scale invasion and promoted ideas of the so-called ‘russification of Donbas’.

To spread kremlin’s propaganda, the blogger created YouTube and Telegram channels. Measures are currently underway to block them and bring the perpetrator to justice.

The SSU neutralized two criminal groups that organized illegal transportation of Ukrainians of call-up age across the border.

The criminals charged from USD 3,000 to 8,000 per person for their services. For this money, they ‘guaranteed’ smuggling of the ‘client’ across the state border outside the established checkpoints.

One of the organizers of the scheme is an employee of Vinnytsia Customs Office.

The SSU will continue to expose and bring to justice all those involved in crimes against Ukraine. 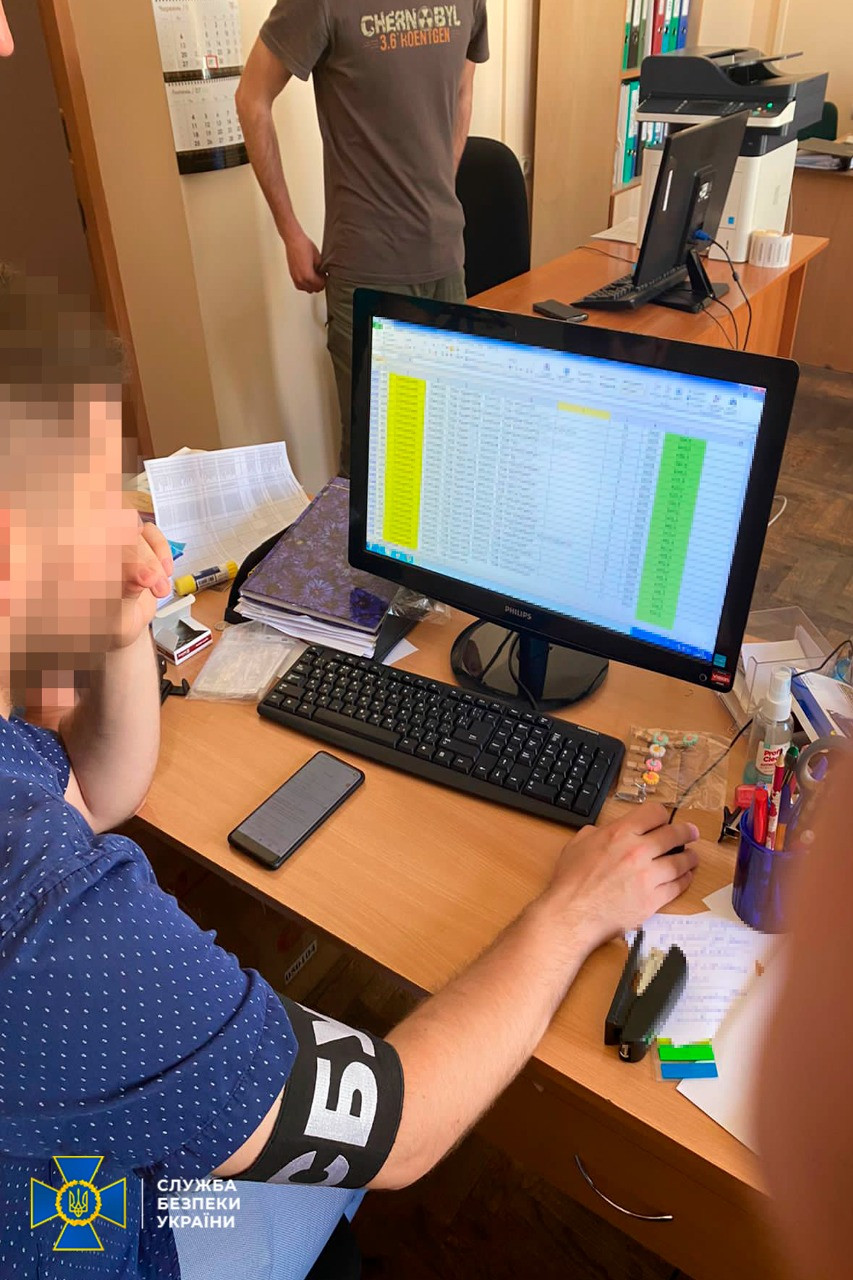